Last weekend, the Toronto International Film Festival concluded with the last of the world premieres, red-carpet galas, star-studded parties, and not to mention TIFF Nexus’ own major contribution to the festivities: the presentation of a 100-player co-op laser game called RENGA, which we hyped up here, and which reduced its two audiences to a cacophony of enthusiastic oohs and ahhs. 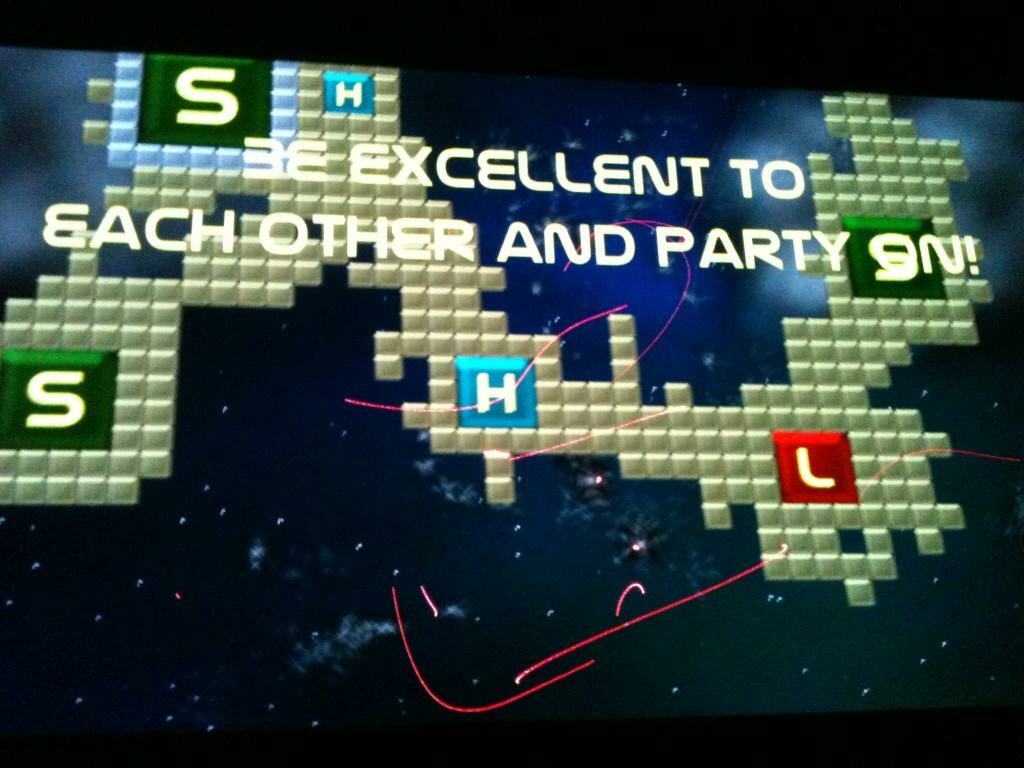 In the weeks to come, we’ll be uploading some footage of the two audience’s collaborative interactive excursion into deep space (where they learned to harvest quads and blow up big “reds” and “blues”), but for now let the tweets of those that attended tell the tale:

This is my kind of film/video game event

I may never want to see an ordinary film again. Too much fun at the screening of

BRING ON THE FINAL BATTLE.

Turns out @ are just as cool as their game. was phenomenal! Best thing I’ve seen at !

is Japanese for a poem with 100 verses. on screen at

if you ever get to check out , don’t miss it. Freakin awesome! Best of h@ TIFF Bell Lightbox instagr.am/p/PlIdMYLTX0/

Renga was really cool! Too bad I couldn’t keep the laser pointer. It’s an interesting mix between game, and film.

Also last night was an incredibly bizarre, entertaining, and hard to explain experience.

says ‘Be Excellent to Each Other and Party On!’…awesome game.

Will ever come back @? I want to watch/play!

One Response to “The [RENGA] Reaction”

Get your finance game on at GameON: Finance this January (plus get a discount!)

Interactive Ontario’s 2013 edition of GameON: Finance is set for

On Jan. 25th, TIFF’s Higher Learning programme is hosting an